Overcoming Children’s Fear of Public Speaking through Speech and Drama 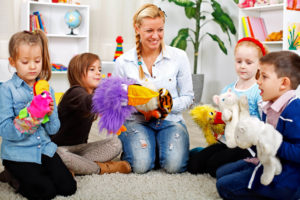 Speech and drama activities are an ideal way to build self confidence in a child.

If you have a child anxious or afraid of speaking up in front of a class, adults, or perhaps even their peers, the suggestions and activities outlined below will help you to help them. The positive benefits will spill over into all areas of their lives.

THE LIFE CYCLE OF PUBLIC FEAR

Being afraid of public speaking is a fear acknowledged by many adults. That children are afraid of it too, shouldn’t be a surprise!

What is more of a surprise is that their fear is allowed to persist, often unchallenged, long into adulthood. They become the grown-ups who frequently say they would rather “die” than make a speech.

The truth is not that talking in public is a deadly disease. The real truth is many people, children included, fear making fools of themselves in front of others. Being “looked at” and “listened to” is the problem. People fear being seen, for fear they are “not good enough” or will fail in some way. Being laughed at or dismissed as stupid is the pain they’re avoiding.

The simple remedy to side-step risking exposure many people, including children, adopt is to keep out of the public eye and their mouths shut. However that solution is a boomerang.

The child who is too frightened to talk or feels so self-conscious they can’t relax and join games loses out in numerous ways. They are often overlooked by peers and teachers in favor of bolder children. The more they are marginalized the harder it becomes to join a group or allow themselves to be seen. Then, when forced by circumstance, like for instance having to give a formal speech in class, their discomfort and subsequent embarrassment or humiliation, is a self-fulfilling prophecy.

HOW TO BREAK THE CYCLE OF FEAR

Non-threatening drama and speech activities can help break the cycle. Before you use any of these suggestions to build self confidence in a child please make sure you:

The activities to build self confidence in a child are separated into ‘speech’ and ‘drama’ because although inextricably linked, they are different.

Speech is how a person communicates with another. It is the conduit for spoken self- expression. A combination of vocabulary, voice and experience gives each person their unique oral signature. This is who they are. Their speech is what carries their being, their presence into the world.

Drama, by contrast, extends and embodies speech. To dramatize is to enact something or someone; either an aspect of oneself or someone else. Drama lifts ordinary speech into the realm of the imagination and theater. Its activities focus on living into other worlds or experiences while speech ones concentrate on developing and extending oral language skills. Drama teaches empathy. Handled well, drama builds self confidence through providing opportunities to experience the world from perspectives outside his own. He does not become an egoistical show-off constantly needing applause. Instead he becomes humane.